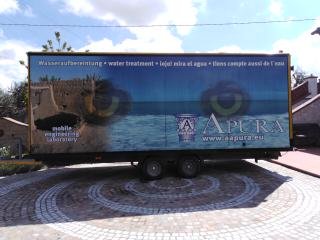 Apura was created in 2000 as a component importing company for the industrial water treatment sector based in Gargnano (BS) and a production unit in Nibionno (LC).

Since 2013, the company has implemented the development and production of its own tools, such as: water quality analyzers, coolers, sampling systems for industrial boiler rooms, pilot distributors and programmers for the management of treatment plants industrial waters.

Our staff has been working in the hospital sector for years, particularly in dialysis departments (hardness and reverse osmosis analyzers), and is authorized and qualified by the Herco company.

Want to know more about licensing?

Any cookies that may not be particularly necessary for the website to function and is used specifically to collect user personal data via analytics, ads, other embedded contents are termed as non-necessary cookies. It is mandatory to procure user consent prior to running these cookies on your website.